karin@karindiannwilliams.com
Posted by Karin at 4:04 PM No comments: Links to this post 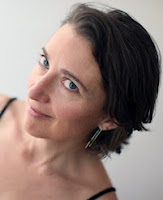 Karin Williams is an Artistic Associate at NYC's Looking Glass Theater where audiences have seen her playsHead, Time Troll, and Spirits! among others. Her work has also been produced by San Diego's Fritz Theater (where she served as playwright-in-residence from 1992-2001), the Gertrude Stein Repertory Theatre Digital Performance Institute, Art House Productions, Lamia Ink!, the Midtown International Theatre Festival, the Strawberry One Act Festival, Collaboraction Theater, Boston Theaterworks, and many more. As a Partner in the motion media company CulpepperWilliams, she wrote and produced The Captive (Webby People's Choice Award & NYTVF "Best Web Series" Award) and the independent feature Jordan. Her plays are available through Original Works Publishing and YouthPlays. You can find more info here.
Posted by Karin at 12:00 AM No comments: Links to this post 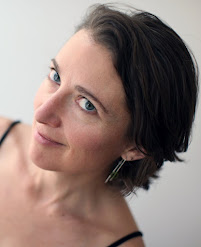